As Covid ebbed and flowed in 2021, the world became a more anxious, frightening place. The pandemic prompted my thoughts and feelings about people worldwide and throughout time who have had to live with danger, fear, risk, and hopelessness. Many have had to make extreme decisions. Their lives were/are not in their control. They were/are in danger. The dark themes in the “At Risk” Series are not autobiographical. But like dreams, these 32 visual stories about strife and resolution poured out of my subconscious for several months.

The first group of collages deals with the judgements and shame faced by women forced into prostitution in order to support their children or families.

The second group is informed by The Orphan Train, a program designed to “clean up” east coast cities from about 1850 to 1930... an unbelievable 80 years. Many thousands of children were sent by train to the Midwest for “a better life”. Siblings were separated. Young children never knew their mothers or families. Many spoke no English. Gladly, some were adopted into loving homes. Some went to proper, though condescending families, who while providing basic needs, scornfully considered them inferior. Most were used as unpaid, indentured farm laborers.

The third group tells cautionary tales about the safety of women and children often victimized in a predatory world.

In the fourth group, “Guardian Angels” intervene on behalf of vulnerable children. In these pieces, some victims are saved, ending the “At Risk” Series with the hope and resolution of a Safe Place.

Narrative Collage is a demanding but expressive and satisfying art form. Many skills are at play. The story must be understood visually and quickly. The images chosen must be the right scale, and figures must have the appropriate expressions and postures. Technically, precise cutting and pasting and a good sense of color and design are very important. 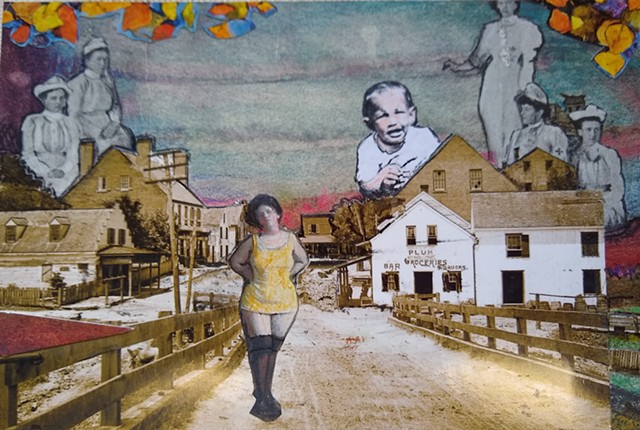 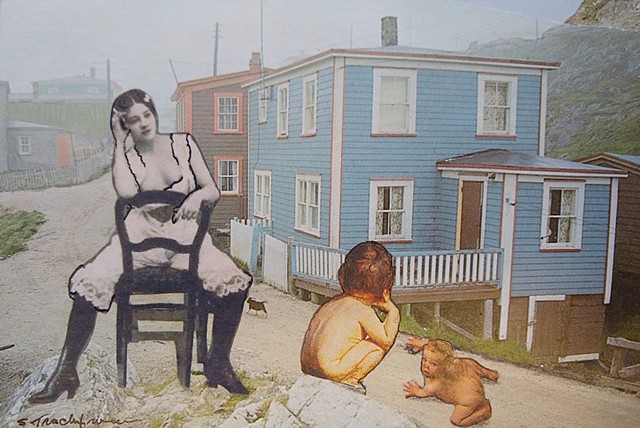 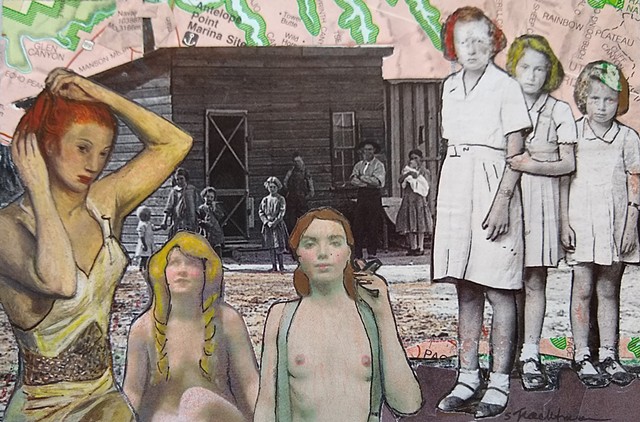 We Had No Choice
Hand Cut Collage
8x10 matted 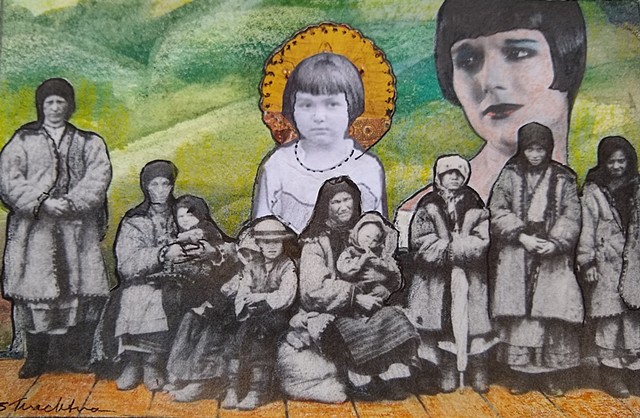 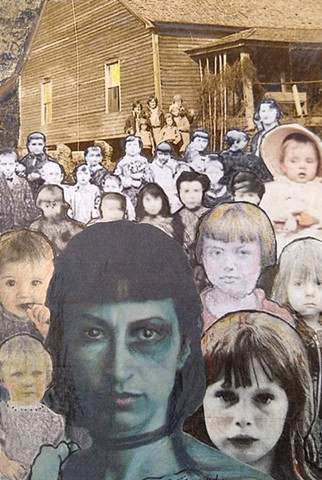 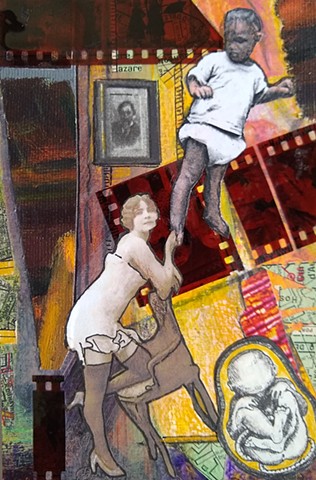 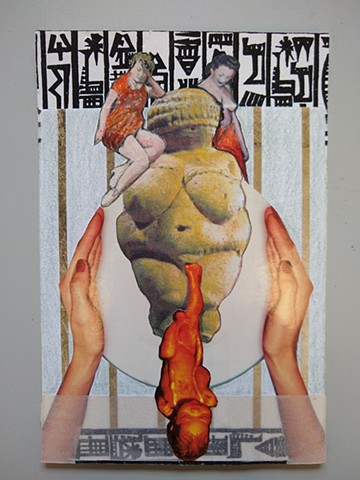 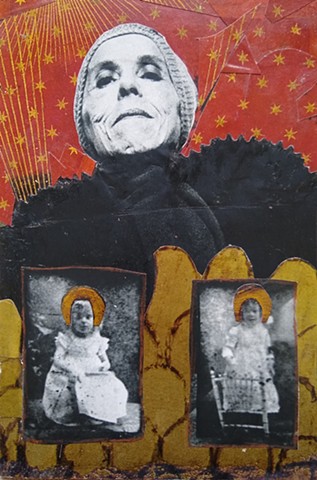 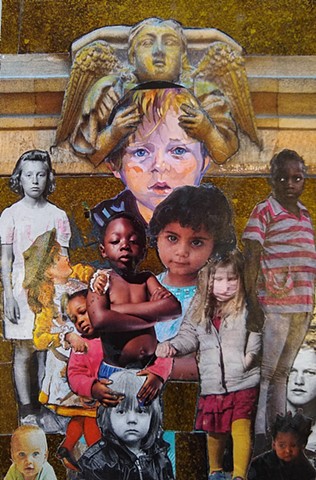 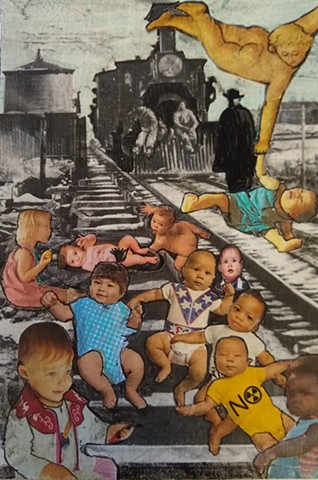 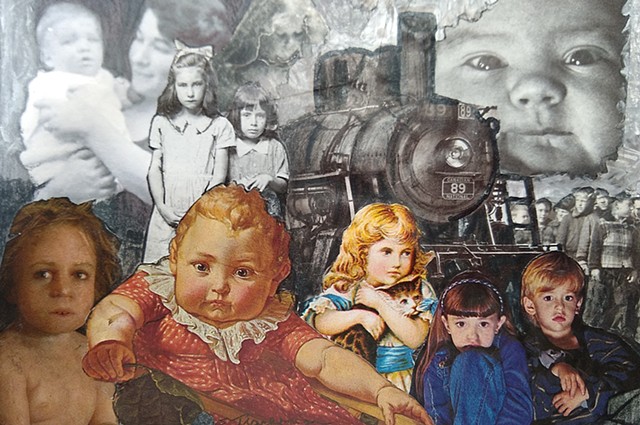 Orphan Train: So Many for So Long
Hand Cut Collage
8x10 matted 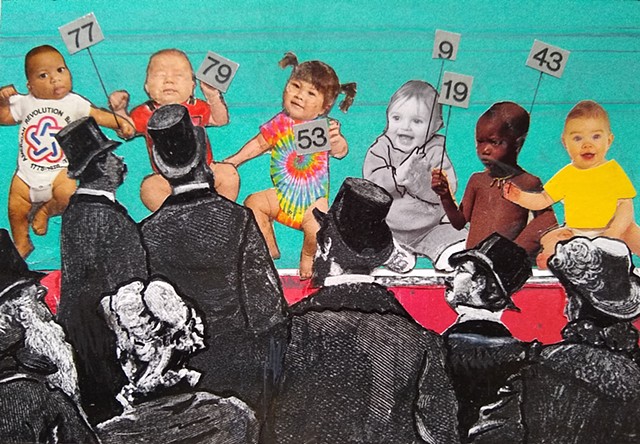 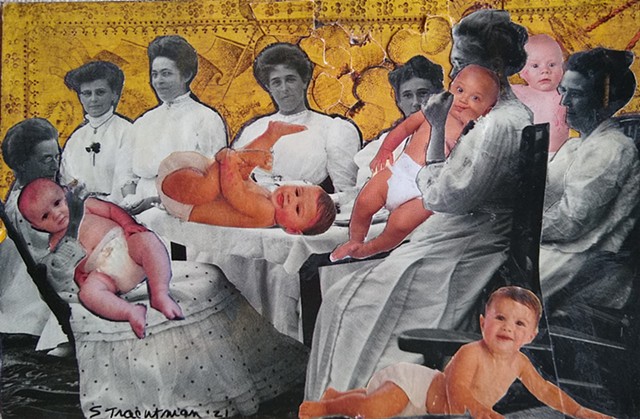 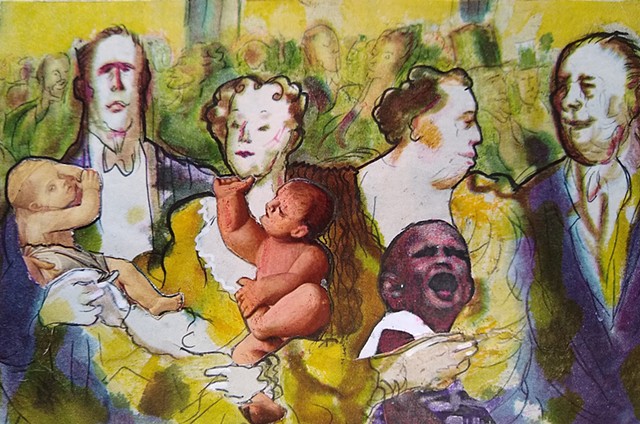 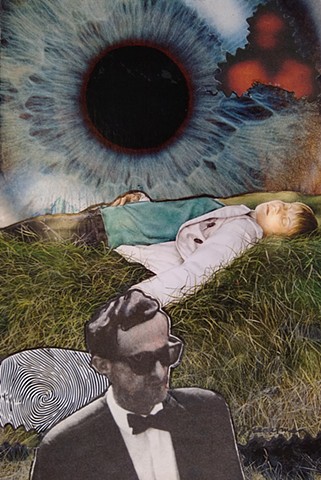 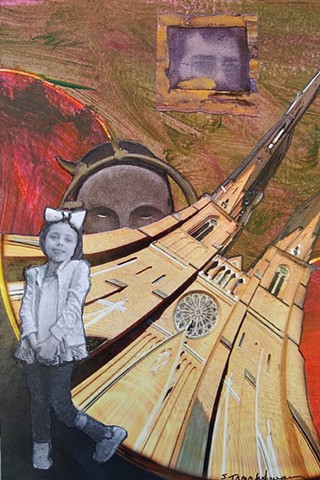 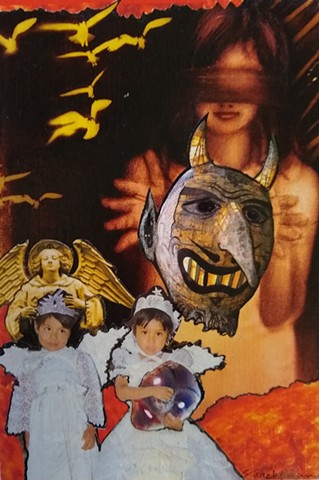 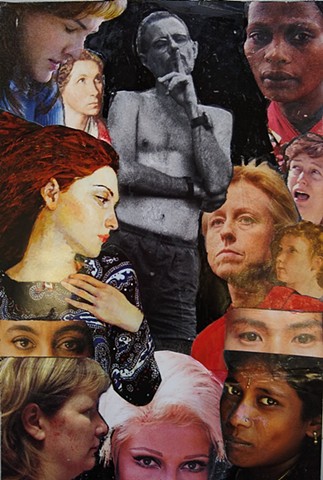 Can I Trust Anyone?
Hand Cut Collage
8x10 matted 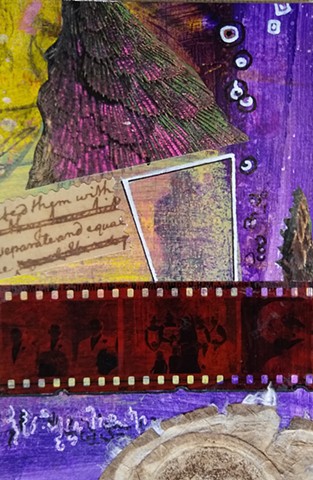 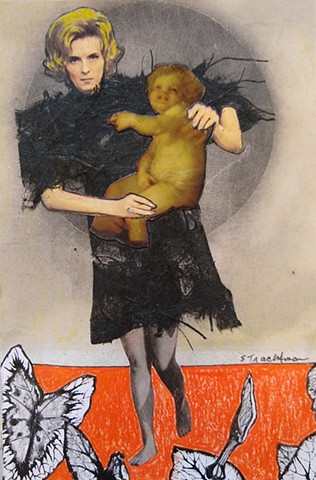 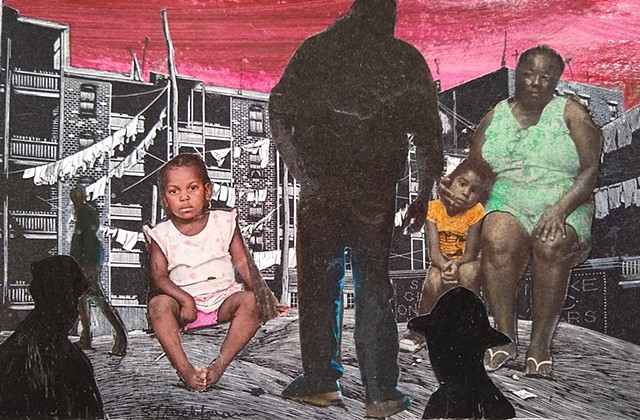 Just Sell Them to Us
Hand Cut Collage
8x10 matted 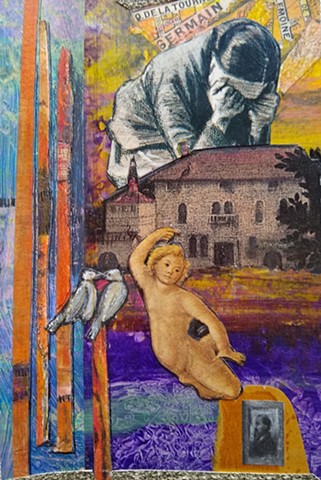 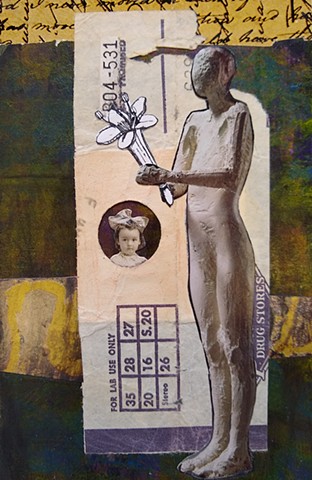 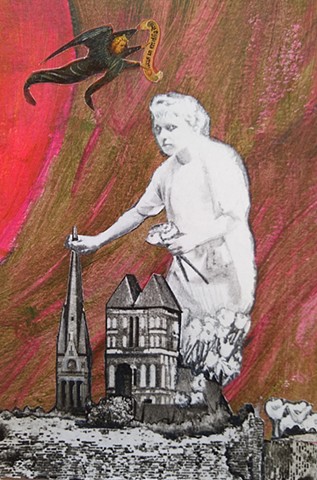 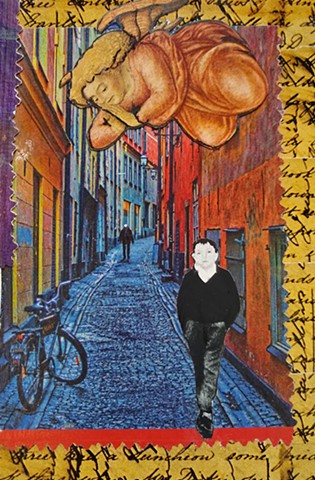 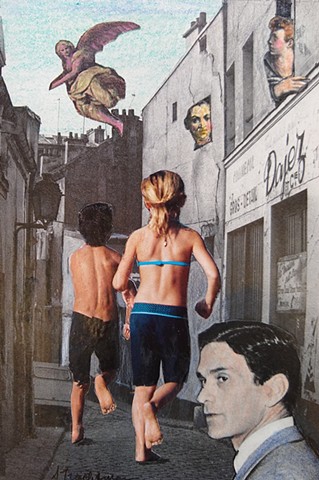 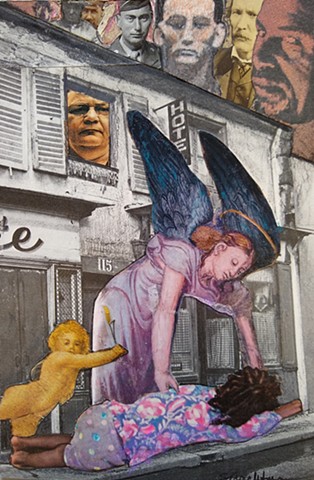 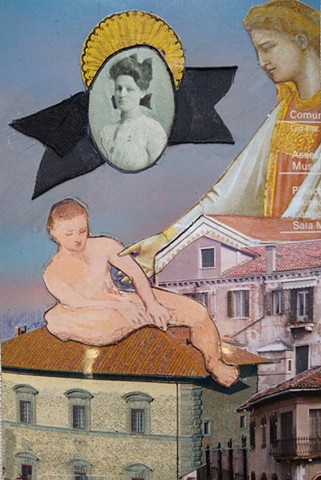 We Must Move On
Hand Cut Collage
8x10 matted 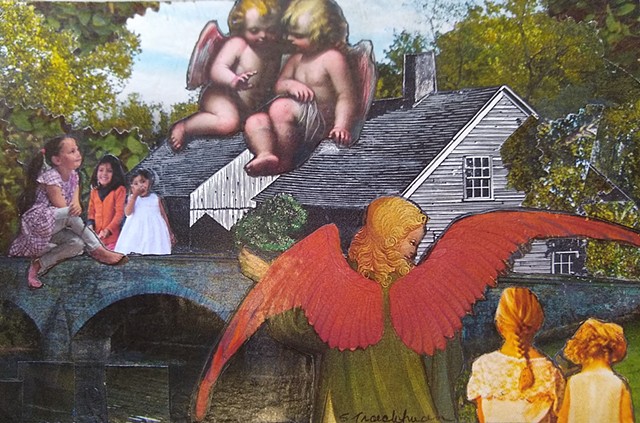 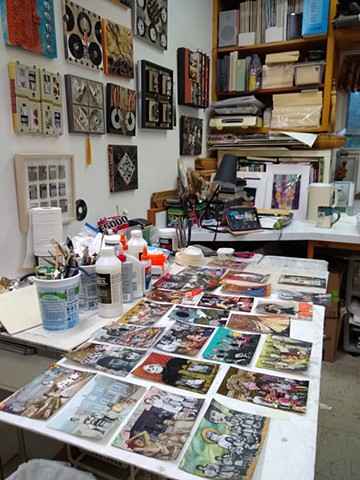